REASONS TO TRAVEL IN SOUTHEAST ASIA:

The main reason is aimed at those who think the world revolves around their own posterior. I also thought this until I travelled. I was never a racist or bigot like many of my fellow Australians but I had no idea of what else goes on in the world outside the footy and a TAB. Only recently a tourist survey concluded that Iran was the friendliest country towards tourists. IRAN!  Who would imagine unless you had been there that this would be the case. No I havn’t been to Iran but it is now on my  list. I have heard nothing but good about the place. Watch only the news in your home country and nobody would ever go there. Likewise most of Asia. I believe it should be compulsory for every Australian to be conscripted after school. If there name comes out of the hat they should be forced to travel on their own to either Africa, Asia or South America. Government funded. My wordly education came from the first two and the other is still on my list. I have learnt far more about the world at large by travelling than I ever could have at school, Arden st or a TAB. In Asia where I have now spent most of the last twenty years, not once have I felt to be in danger or threatened in any way at all. OK!, the roads are not the safest is an under statement. But violence wise it is far safer than Melbourne or London not to mention the U.S.A. Yet those who say”I would never go to Asia”  have this preconceived view of death at every corner. How further from this could it be. “BIG, DIRTY, DANGEROUS BANGKOK” One young Australian girl told me adding she would die if she went there. Well i replied ” I have lived there and visited 100 other times and I am still here a hundred metres away from the local cemetary, with now hosts lots of people who never left home once”. Then she said Bangkok is Bali isn’t it? Ignorance really is bliss

The following are just a few of the  reasons why people travel to South East Asia but not the most important ones in the opinion of the author.

*Indicates the best of the best.

Finally the two main reasons  it should be compulsory to travel in South East Asia.

1.TRAVEL WILL BROADEN YOUR MIND AND YOUR BOWELS.

100% true on both counts. While even a short tour is guaranteed to broaden your mind it may take a little longer to experience the latter. Unlikely to happen on a short visit but stay long enough and it will occur. Nothing to worry about for the most part though. Rushed and numerous trips with no further complications for the vast majority. Take extra care and you  may even be lucky.

2. When you get home you may never moan again. It seems the more we have the more we moan. After experiencing meeting some of the happiest people on the planet who have only a fraction of what most westerners have especially in Cambodia and Laos and with infrastructure at levels most westerners can’t even imagine you will realise how lucky you are and will never Moan about petty annoyances ever again. Trains do not run late in Melbourne nor does it have any traffic problems and yes Aussies and Brits are really very good drivers after all. 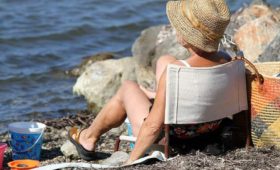 How to Travel Solo as a 60-Year-Old Female 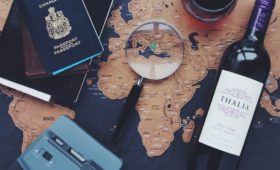 Are you a traveller or a tourist?