Looking for the best places to celebrate New Year’s Eve in South East Asia? There are probably no bad places depending on what you want.  From full-on party places to beaches, to cool mountain retreats to far-flung off the beaten track destinations to avoid much of the silly season activities.  The choices are endless but will no doubt be memorable whichever destination you decide on.

If you want to be 100% in the party action then Thailand is is as good a choice as any to celebrate New Year’s Eve in South East Asia.

Sadly you will have to pay far more for accommodation during this peak of high season.   Dodging the crowds is impossible also in the main tourist destinations. But, if this is your thing then  3 choices could be Bangkok or Chiang Mai for city lovers or Hua Hin for the seaside.

Koh Samui & Phuket would be even wilder.

Ko Pha Ngan would be the choice for the younger crowd for by far the wildest party of them all.  Although the backpacker headquarters of Khao San road in Bangkok will be full-on also.

One totally over the top destination is Pai in the mountains where crowds, traffic and prices destroy the tranquillity of the most beautiful place in the region. Visit in the off-season only to enjoy it at its best.  If you are happy to pay accommodation prices marked up 10 times more than low-season and to be another sardine in the can then Pai may still be enjoyable for some. There will be food stalls to make your eyes pop, live music and numerous parties.

Or Possibly Malaysia as while still more costly than usual it is not as hectic but still enough action if you want it. Kuala Lumpur, Penang, Langkawi or Melaka would all be good choices.

In Laos, the backpacker town of Vang Vieng would probably be the wildest night but Luang Prabang will be party central also.

Phnom Penh and Siem Reap in Cambodia will jump.

Seaside in Nha Trang along with Hanoi or Ho Chi Minh City in Vietnam likewise.

Looking for some lesser-known but not totally off the radar places to celebrate New Year’s Eve in south-east Asia?

Think Lopburi, the monkey town just north of Bangkok or further north in Sukhothai or Phitsanulok. better still is the seaside town of Prachuap Khiri Khan in the South.

Likewise in Malaysia, Tanah Rata, the main town in the Cameron Highlands will be busier but not so crazy as to ruin it for a more relaxing time.

Off The Beaten Track Destinations

In most places in the region there will be something going on to celebrate New Year’s Eve in South East Asia,  But far away from the tourist destinations is how to think if you want to stay local and enjoy it on the quiet

Cambodia & Laos off the beaten track would be good choices.  Ban Lung in Cambodia where you may not even see another tourist.   Or the second biggest city of Battambang would have some action but easily avoided also.

As for Laos, Savannakhet & Tha Kaek would be good choices for those only wanting a quiet drink in just two of the best places to celebrate New Year’s Eve in South East Asia.

Smaller Muslim majority towns in Malaysia are possibly the only places you will totally get away from it all. But even these may have something going on.   Kuala Kangsar, in particular, would be a good place if you totally want to quietly celebrate New Year’s Eve in South East Asia

Conclusion. It will be different.

No matter which destination you choose as the best place to celebrate new year’s Eve in south-east Asia we guarantee, that unless you stay in your hotel room it will be different in some ways at least.  often as crazy as back home as well if in the bigger tourist destinations. Many will drink too much here also.

The best advice as always is to book early and if it is a party you want then as close to your hotel as possible. Stumbling home in strange places is not clever thinking at all. And at least do it with friends if you must Expect at least a few firecrackers at midnight wherever you are. Traditional midnight fireworks displays in many larger places.

Baktrax can arrange any of their tours to be in your destination of choice for New Years celebrations although a surcharge may be required.  However, book early to avoid disappointment! Why You Need to Visit Malaysia 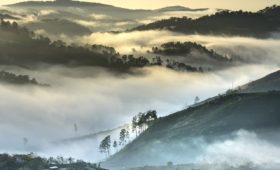 The Best Time of the Year to Visit Vietnam 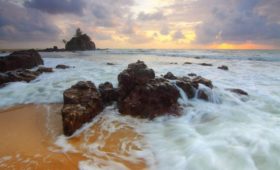