Landlocked Laos became an instant hit with travellers as soon as it opened its doors to tourism in the mid 90’s. 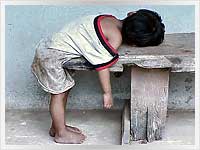 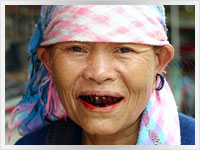 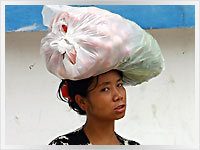 Laos covers an area of 235,000 Sq Km. The vast majority of which is a sea of green jungle.

The small population of only six million means Laos has one of the lowest population densities in Asia with only 20 people per square kilometer. The population is mainly ethnic Laos with a number of small ethnic minority groups.

Like its neighbours China and Vietnam, Laos is also controlled by a communist government.

Buddhism is by far the most popular religion, but

spirit worship, Christianity and Islam also have a small number of followers.

The capital of Laos is Vientiane.

With a population of only 133,000 it’s without doubt the most laid back capital in the region. Most of the sights are within walking distance.

Laos is hot and hotter all year round.

Laotian food is not dissimilar to that of its more famous neighbour Thailand, but without the variety.

Laap is the dish to try especially for spice lovers.

The currency is called KIP.

Change 100 U.S. dollars into Kip and you’ll be an instant millionaire!

The Thai Baht and U.S. dollar are both readily accepted in daily transactions, but change will usually be given in Kip.

day) in the capital or the night market stalls primarily aimed at tourists in Luang Prabang.

Being hot all year there’s no excuse for not packing light.

The only occasional complaints come from people who watch clocks. Thai time can be bad for these people but Laotian time is sometimes unbearable. A bus leaving on time is almost unheard of. Laos is certainly a timeless land in this regard. But as there is nothing whatsoever you can do about it so just keep smiling and take in the memories of it all.

Losing your cool in Laos, like in all the other countries of the region, means loss of face and will achieve nothing whatsoever.